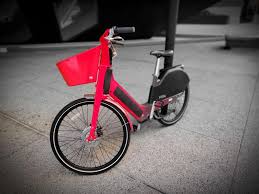 Me and my wife finally decided to upgrade our phones to an actual new phone as we had some money left over from our tax return. So we worked into our budget and while I haven’t fully tested out many of the features we do take plenty of pictures.

One I’ve been playing around with is the portrait mode and it’s probably one of my favorite features with the S10 Plus’ camera. We had a birthday celebration for my Grandpa and I wanted to test it out and see what family thought about it.

In some places the the color mixes with the grayscale background, but it still greatly highlights whatever you focus on in Portrait mode. You can also instead of using grayscale just blur out the background with a sliding scale as to how much. I haven’t taken many pictures though in anything but this grayscale.

One thing that the S10+ seems to struggle somewhat with is lower light and night situations – which I can confirm. Google’s Pixel 3 phone apparently is the best camera on the market for low light shots despite having a single camera on both sides. Well, the android community has worked it’s magic once again and there’s a google camera software port for multiple phones on the android platform .

That’s a big deal because it means we get our hands on the software which Google has utilized to make their camera on the Pixel 3 so much better in low-light situations.

Ill expand this post later as there’s some other cool modes I think I worth highlights, including the slow-motion one.