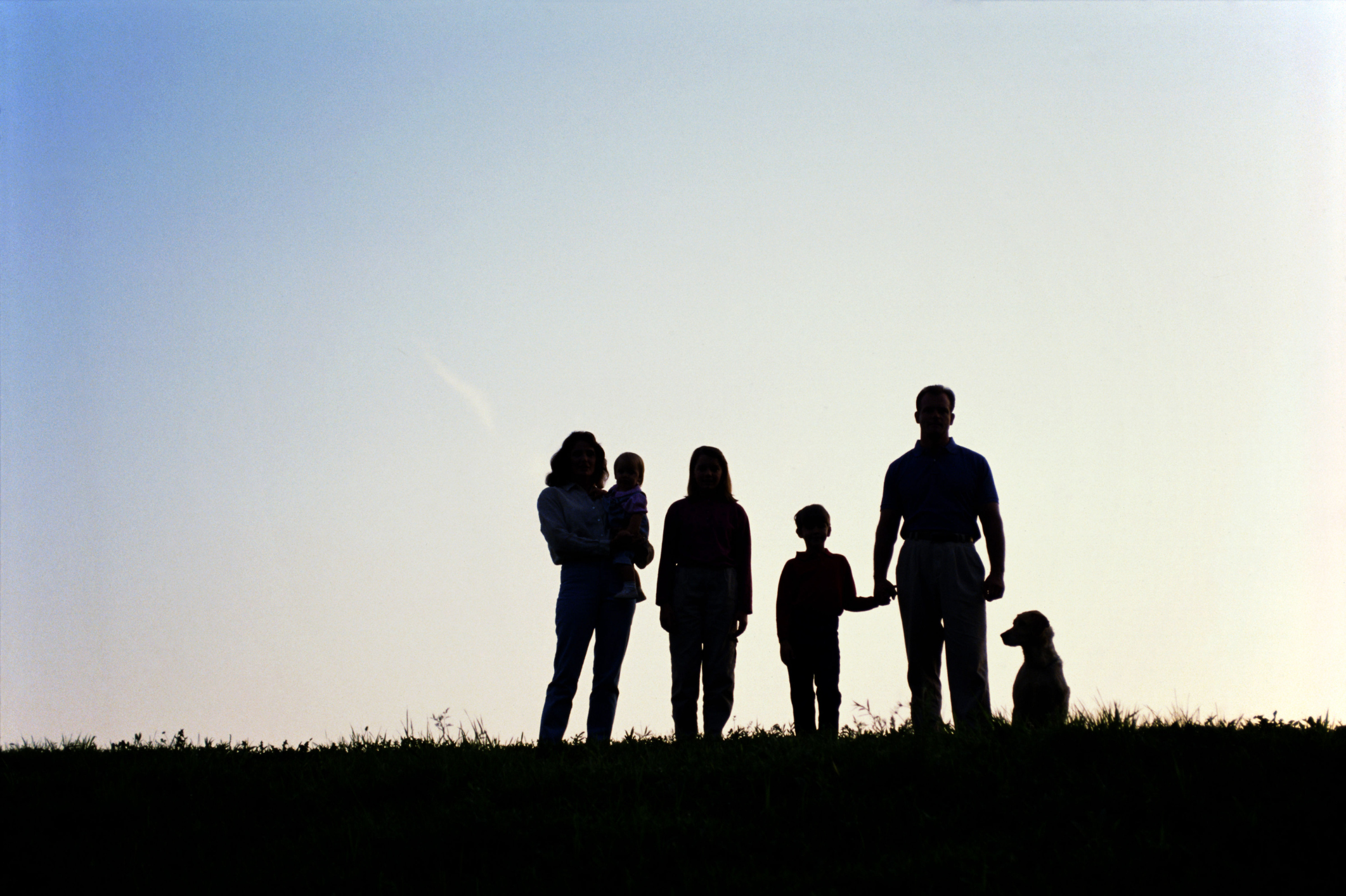 In this post, I’m going to break quickly break down my income, expenses, and financial situation to show what can and can’t be done.   Question is, can you do it?

One of the biggest hurdles and objections we always hear from those in their 20s and 30s is that it’s financially impossible to get married, have kids, find somewhere to live – whichever order that comes in.   Yeah, I get it as I am living it.  Regardless of what part you are at, the stress is always there.

Now I know you’ve also heard this before, but truth is that very few are often prepared to have kids unless they were born into a trust fund, our ruling class elites, or into very well-off families.   Yet somehow all those excluded from those esteemed and wealthy circles somehow manage.   So the real question boils down to their quality of life as they manage the day-to-day grind, stresses, unexpected hard situations, job demands and flexibility, etc.

Suffice to say, it’s not going to be easy and full of roses for the most part.  Then again, much of life and anything worth doing isn’t either.   When you do however start to overcome the odds, the feeling might be better than any high or dopamine hit.    This matters. Why?

Here’s a novel insight:  In today’s world people are depressed, filled with anxiety, and feel a lack of purpose and direction because they avoid putting themselves into the hard and tough situations in life.   When you do that, you avoid the reward of “winning”, growing, job skills and experience,  developing that network which lands you jobs – as well as that key and incredible feeling of accomplishment and the pride you can take from that.

That’s a big deal in our digital social media world where everyone tries to impress people, perspective future spouses, friends, family, and employers with their “accomplishments” thus far.  People – especially romantic interests and quality friends often want to be with someone whose going somewhere. No wants to settle for the refuse and trash – which people will judge and interpret from your Facebook feed.

As it’s been said,  “The unexamined life isnt worth living” and all that.  At some point you have to jump in.  Stop pretending and planning and start doing.  That said, have some savings built up first. You’ll need it.

Now I don’t make all that much- probably about an average of 1960.00 a month after taxes and deductions.  My wife works on and off part time as she’s been taking some classes. Due to a medical problem of which we still aren’t sure the diagnosis, she isn’t waitressing right now, so we have no additional income besides mine.

I’ve been hesitant to get into financial details because of how the culture wars are waged these day.   We are pretty much paycheck to paycheck right now and will be for a while, but I want to show an overall picture that’s accurate.

Internet is 45.99 a month, but I’ll have to renegotiate with Comcast come April 2019

This totals up to about 550$ a month.  We live in a condo, so instead of paying rent we have a mortgage. (At least we will have some equity several years down the line.)

Amazon prime which is $11.99 a month, IPSY which is basically a cosmetic loot crate for women is $10.  Cancelled YouTube Red which included Google Music which was 15$ a month because they kept banning channels I actually enjoyed.

Kohls Credit card which we pay about  $40 and one for Ashley furniture where we bought a bed frame for our mattress which we pay 50$ a month toward.  (Will have Kohls paid off in about 4 months and Ashley in about 7 or 8)

It can vary, but often around $325 a month is my estimate.  Yes, we are trying to poddy train our oldest to relieve some of the diaper demands.

We have no car payments as both our cars were bought used.  Our second one was part of 2017’s tax return. We are expecting about 8000 or so for our tax return and half that will go toward property taxes and paying off the mortgage.  Currently we have no savings at all.

So this leaves us with about $638 left.  Doesn’t sound too bad, right? Well there’s other expenses that come up;  gas, diapers, wipes, and pretty much any other necessities you cant get with stamps – not that we often have any left.   I’d estimate the gas, diapers, wipes, toilet paper, soap, garbage bags, creams, etc  are about $325 a month on average.

Now we have growing toddlers so every month or so we have to buy some new outfits for them to use. I’ve managed to find some good deals at GoodWill, but winter clothing in general is expensive and hard to come by.  Sometimes we might end up spending about 50$ a month on it.

Other expenses which come up are often smaller things such as engine oil, wiper fluid, etc.  If major car repairs come up, I’m a bit worried. Hopefully nothing happens till tax return time in 2019.   Other things that may be needed such as minor appliances, anything toddler related, and when we run out of our stamps for the month and dip into our remaining money till the next check are things to consider.

Yes, I’m aware my mortgage payments and  HOA combined are probably cheaper than rent for many people, but that’s because we got our condo for $63,500 as the previous owner needed to unload it ASAP.   We also went through family for the loan.  (We pay them every check instead of the bank, though we still have to pay the interest because it is a loan through the bank, just via my family.)

Remember, this is all based on just MY income alone.

When my wife works in any capacity, it eases up the immediate stress and pressure of our budget and expenses.  Something to consider though is that when my wife does work, she often has to work evenings or weekends to care for our toddlers when I’m at work – and I work a very early morning shift.  This can make it harder for us to spend time together.

Sometimes my mom can come over during the weekdays to babysit, so that’s a huge weight off our backs.  In fact, without family around to help watch our kids, we wouldn’t be able to afford babysitting and my wife’s ability to work and take classes would be very limited.  Luckily she was able to take night classes at the community college near us and got some grants that paid for the classes as we couldn’t afford them.

The point here is that, YES, you can do it, but it’s hard.  You’ll definitely need your parents and family near – or at least very close friends who will help you out where you live to have a family on a low income.  This will most likely restrict your choice of location for a while, especially till your kids are a bit older.  Without this, it ain’t happening.  Seriously.

I’d also encourage people to take advantage of any government programs they can, ESPECIALLY EBT.  (Food stamps.)  Food is getting more expensive and having that is a big relief.  Without ours, I don’t think we’d have enough to last us till the next check.  When you decide or happen to have kids, make sure to apply for WIC – which will help with formula costs.  It’s not hard to qualify for – especially if you are making 30k or less a year.   If your spouse works, you might want to aim for just part time.

You might have to start actually looking for coupons instead of just hitting Walmart.  In fact you may have to stop at several stores for sales which means grocery shopping might take half the day.  Downloading apps and keeping an eye out for % off deals or 15$ off an order will be a big deal.  (Used a 15$ off coupon for online Walmart order which landed me 240 size 6 diapers for 25$ with two day shipping. That’s barely 11 cents per diaper – which is a phenomenal deal.)

Obviously this isn’t a completely exhaustive analysis, but it’s a quick take to try and give people an idea of what they will looking at on a low income.  One thing is for certain, you will spend more time being smart, budgeting, and financially savvy if you want to pull it off.  That is where the real “family planning” work has to begin.