Guilt is a powerful weapon – perhaps even more so now in the internet age. Plenty of digital denizens bring their mace of shame down on surprisingly willing participants  and recipients who kneel gracefully to receive each blow. It’s now become a yearly tradition for them.

I’m not sure what to call these people, but let’s give this branding thing a try.  Shamecucks? Guiltcucks?  When it comes to “The Information War“, we definitely need an easy-to-recognize label by the mainstream that sums up what these people are doing in one word instead of,  “They are shameful recipients of self-deprecating guilt while groveling in repentance and demanding we all do the same to a mob whose never satisfied with their pleading cries of supplication.”

It’s important that we realize this and refuse to acknowledge any guilt unless their is an explicit and justified reason to do so. Those who dig up history and try to use it as a weapon should be rejected outright.

Do the Mongolians of today have shame for the destruction of Baghdad? (Which set Middle East back hundreds of years.) The devastation of China? The subjugation of modern day Russia? No and they shouldn’t. Should the Turks, the descendants of the Ottomans, feel bad for trashing the Balkans, almost wiping out Bulgarian culture, oppression of the Greeks, various Arab people’s and especially my own Armenian ancestors? 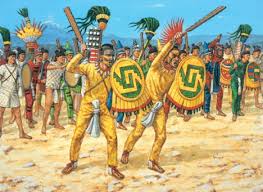 Sure you can acknowledge something happened. Trying to atone for it is filthy nonsense. Don’t be bludgeoned by Guiltcucks trying to make you guilty for something you had no part in regardless of what benefits or disadvantages you may have repeaded

Just as your legacy is built off your ancestors victories and defeats and the consequences of them, so is everyone elses – inlcuding these Shamecucks and Guiltcucks. To pretend as if there needs to be compensation for the actions your genetic legacy from 5000 years ago to now is laughable now as it was to Mongol horde and should be dismissed as such.

Luckily for these guiltcucks, we won’t take it as an offense to our honor – or our ancestor’ honor – for which the reaction and retribution usually resulted in massacres, battles, conquests, and razings of entire cities making the duels of the 18th century look mild-mannered by comparison.

We’ve come that far in just a 1000 years,  Don’t let the guiltcucks and shamecucks distract your from that accomplishment.  Life is so damn good now -even for the most “disadvantaged” elements of our societies in comparison to thousands of years ago for everyone.