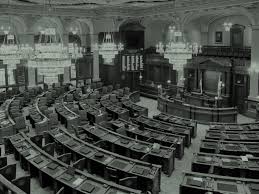 Branding.  Easy, understandable, and no-explanation needed labels, terms, and phrases with all the right kinds of connotations regardless of who hears them; a 711 worker, Chase teller, Facebook drone, Amazon warehouse workhorse, lobbyist, journalist, brand influencer, or dog groomer.

One group of people in particular have perfected it’s use: Activist Progressives.  Those of us versed in the “culture war” and wrongthink have an inkling as to what this label means. Most “normies” however won’t. It could mean anything. Not good. Sad.

That right there is our number one problem. Yea, I’m serious. It’s worse than the deplatforming, twitter lynch mobs targeting us, Big Tech monopoly/censorship, and AntiFa beatings endowed upon us.   In fact it’s whats enabled our current beatings and martydom in the internet arena suffered at the hands of the progressive mobs that don’t seem to stoke widespread and obvious condemnation by the masses.

Mark Kern is the guy who developed Vanilla World of Warcraft for Blizzard. He’s mostly a techy dude whose been involved in game develop for the better part of two decades.  When #GamerGate blew up, he made some comments about it and the gaming media/journalists at the time and since then became a kind of pariah to them.

Kern’s opinions aren’t really that radical, in fact they are rather tame by today’s standards of shitposting, twitter banter, news coverage. editorial pieces, and recent Supreme Court scuffle. Suffice to say it served as his initial kind of wake-up call.

Since 2014, he’s taken some beatings and has been observing the kind of beatings handed out in the last few years in the culture war.  Recently he had a twitter thread which perfectly sums up why conservative types have suffered repeated ass-kickings and it’s all about the branding.  Since Twitter could ban him at any time, it’s far better to post it via that good ole written text: (Note I added a link to his post.)

Over a week ago I made the statement that we are in an information civil war between ideologies where one side was already shooting and the other didn’t even realize the war had started.

I pointed out the the “Left” is very good at nicknames and branding, which is the equivalent of carpet bombing in an information war. Indiscriminate and brutal, snatching up broad swaths of innocent civilians. “Nazi”, “Alt Righter” and “Bigot” etc. are applied with a broad brush.

Meanwhile the other side, aside from the POTOS’s very effective nickname branding, seems to be largely dormant. Not realizing the conflict has already arrived, they mistakenly believe that no real harm will be done until the “shooting starts.” So they lag behind.

I suggested that branding and nicknaming needed to improve in order to match the side that is already bombing everyone. I suggested “SJW” was an abstract, even positive term, that served no useful purpose in this information battle. I called for suggestions for alternative names.

Many suggestions missed the point. They were abstract, or required the reader to already have knowledge of the situation to appreciate, were too mired in humor, or simply not punitive enough. Then one suggested “Social Terrorist.”

To me, this was the perfect term. Easily digestible to the masses and derogatory enough while accurately painting their tactics. “Social” identifies the group clearly as linked to “SJWS” while Terrorist highlights and blasts their hateful tactics in a social setting.

The people who were not aware they were in a war yet, complained the term was too hyperbolic, too violent to be used. Well, use it or lose it… your enemy has no problem calling you that and far worse. Yesterday I was proved right.

The Left, via a Wired article, called everyone posting online in support of the POTUS or Judge K, “Information Terrrorists.” Called it. They just outbranded you again. Everyone else will continue to lose the information war until you are ready to use words to push back.

So wake up. The war is now, fought over information and economics. It won’t be a shooting war. Even if it becomes one, you will have lost far before then as your communication are cut off, your payment processors and jobs revoked, and you are erased from the Internet.

Fight with information, use ALL your words and your freedom of speech (while you have it) as weapons. Conservative techs, *wake up*, create alternative structures for communication, payment and search. Don’t wait for physical warfare in an information age. You are already behind.

The enemy Kern mentions has no rules. Doesn’t matter if you are actually a real-life Nazi or not.  They will label you as one to destroy you as soon as possible because of how effective the branding of that label is.  Right away anyone and everyone knows what being a Nazi means and implies.

That’s not just the only word in their lexicon which they’ve increasingly been able to permeate into mainstream dialogue and apply their spin and twist to it on various platforms via words like “transphobia”, “sexual assault”, and even “hate speech” which I’ve heard plenty of non-political fellow millennial believe  is prohibited by the 1st amendment.

If the Dissident Right, let alone anyone to the right of Bernie Sanders wants to actually fighting back EFFECTIVELY and with the same weapons, we need to start branding as well.   AntiFa aren’t thugs. Branding them as “terrorists” would instantly relate to anyone just what they are.  Perhaps word like “Cry bully” and “Social Terrorist” might garner a similar instant connotation and association of meaning, but no guarantees.

Now I don’t know if I really want to employ this same level of warfare to the “enemy”.   I’ve come quite a few people who aren’t activists or particuarly involved throwing around terms like Nazi, bigot, etc. without really understanding the people they are talking about.  They are the types you don’t want to see in the crossfire despite the ever popularizing theory that even if you aren’t invested in the culture war, it’s invested in you.

That said, we have to start at the ground level of everyday America ranging from the polarized streets of San Francisco soaked in literal shit to some small town diner in Kentucky or Starbucks in the suburbs. Find/develop a useful label/term and start experimenting with it.  (I suppose you could use twitter.)

It’s a long and lengthy process of distributing easy to understand labels and terms into the common marketplaces of exchanges and dialogue. Places to drop these terms are everywhere from talking to a cashier at Mcdonalds to some dude in line at the the DMV – without sounding like some kind of “intellectual”, crazy person, or culture warrior.

Now I’m no guru here. I’m merely throwing this out there and seeing what kind of feedback and results occur.  If the Kavanaugh debacle is showing us anything, it’s that actual facts and reality don’t matter. They will throw out the worst possible labels and accusations in existence and hope something sticks.  It’s no longer relegated to campuses and is now found in places like the Senate.

No one is off limits, even if they aren’t an activist of any sort and are simply a normie. You can be labeled a White Supremacist, even if you a Mexican Jew  by crazies looking to dub hand gestures as evidence.  Don’t think Kavanaugh groped Christine Ford? You are then a Nazi, women hater, misogynist, and everything else naughty.

If we are going to start countering them and making them feel the pain of easily recognizable labels, we have to start coming up with our own and dishing them out.

One Reply to “Thinking Aloud: The Information War and Fighting an Enemy With No Rules”